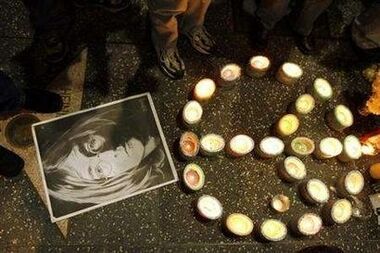 TV producers have developed a new concept: conducting seances with deceased celebrities, and broadcasting the results on pay-per-view.

In 2003, psychics attempted to contact the spirit of Princess Diana. The show was profitable but was roundly criticized for being tasteless. Over half a million US viewers paid $14.95 to watch it.

The forthcoming second installment will focus on John Lennon. It will air on April 24 on a pay-per-view channel at a cost of $9.95.

"People say this is disgusting, and I accept that criticism, but we're making a serious attempt to do something that many, many millions of people around the world think is possible," says producer Paul Sharratt in defense of the shows.

"I have to say that I'm a sceptic," he adds, addressing the Diana broadcast. "I went into it very sceptically and I didn't come out a total believer, but it was good for a lot of people as a tribute to Diana."

In the upcoming show, psychics will travel to various sites of importance in Lennon's life, including the New York apartment building where he was fatally shot and the Capitol Records Building in Los Angeles where the Beatles recorded.

The show will also take viewers to a town in India where Lennon participated in a spiritual retreat. The sequence in India will feature a spiritual leader who believes he can contact Lennon and receive musical notes and lyrics from beyond the grave.

Wow. Some people will pay to see anything.
3.1
Score
Popularity
Activity
Freshness
Get Better and Faster