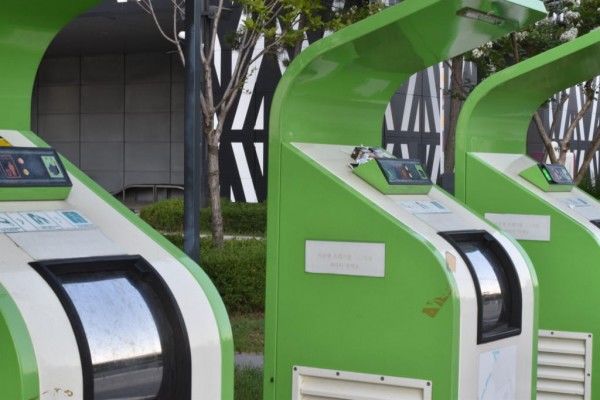 Meghan Young — May 7, 2016 — Eco
References: asiatoday & odditycentral
Share on Facebook Share on Twitter Share on LinkedIn Share on Pinterest
The South Korean government has recently introduced a new system in order to better manage food waste: Pay as You Trash. In order to establish more responsible disposable for households, people now have to pay in order to access special bins set out to collect food waste specifically. Paying by the kilo, residents can either pay via an RFID (Radio Frequency Identification) card embedded with their personal tag, pre-paid garbage bags or a bar code management system.

Through this Pay as You Trash system, people are forced to really consider what they throw out and how they treat their food in general. In addition to people using as much of their food as possible, government official Yu Gwang Mo says, "After realising they have to pay for how much they throw, they have started to control their food purchase.”
4.3
Score
Popularity
Activity
Freshness
Jeremy Gutsche Keynote Speaker