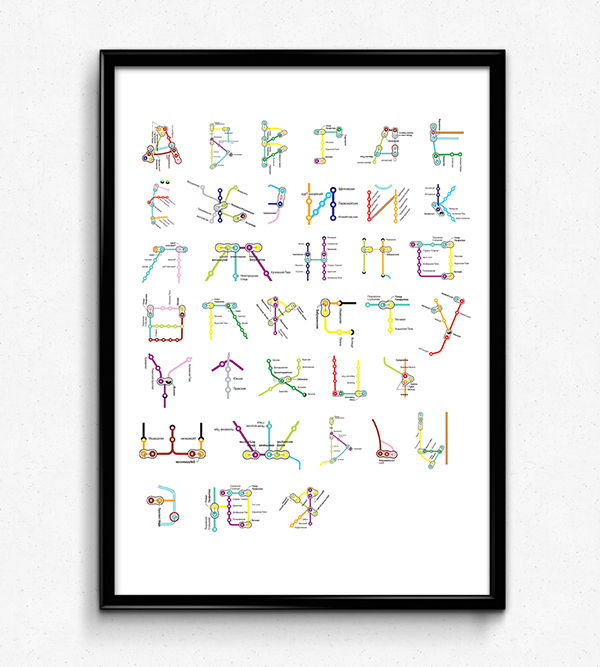 Each of the featured cities boasts complicated public transit systems, but through the talents of Pauline Detavernier, the subway lines are turned into one of the simplest things a Kindergardener learns -- the ABCs. However, the typography is anything by simple. The colorful lettering not only makes up a Latin alphabet using the London and Parisian maps, but a Cyrillic alphabet using the Moscow subway lines.

The budding artist created the two sets for school, as she is a third year student in architecture school.
5.3
Score
Popularity
Activity
Freshness
Get the 2021 Trend Report FREE