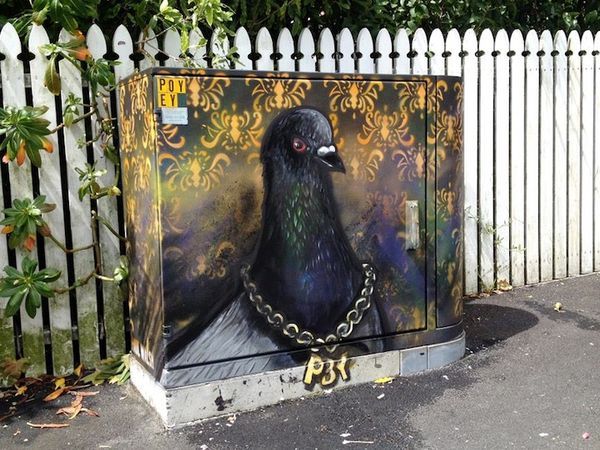 Meghan Young — January 10, 2014 — Art & Design
References: paulwalsh.co.nz & mymodernmet
Share on Facebook Share on Twitter Share on LinkedIn Share on Pinterest
Paul Walsh, a street artist based in Auckland, New Zealand who gained local recognition for his Grumpy Cat mural, has taken on another project. After deciding that the big, green utility boxes that were eye sores to the public needed to be revamped in some shape or form, Paul Walsh took it upon himself to make a difference. Of course, he was approached by Chorus first.

After launching a PledgeMe campaign to fund his efforts, with a modest goal of $350 so that he could take time off from his day job, Paul Walsh spray painted five of them. This was made possible through the donation of $1300. Taking anywhere from two to five hours to complete, Paul Walsh plans on leaving his artistic mark on ten to fifteen more throughout Auckland.
3
Score
Popularity
Activity
Freshness
View Innovation Webinars