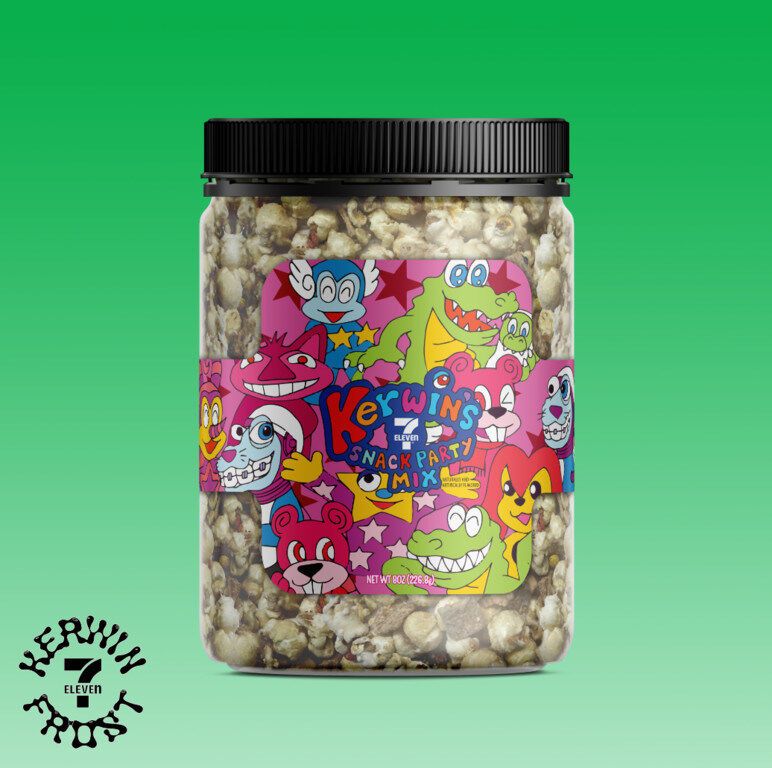 Laura McQuarrie — November 5, 2021 — Lifestyle
References: 7-eleven & prnewswire
Share on Facebook Share on Twitter Share on LinkedIn Share on Pinterest
7-Eleven teamed up with Harlem-born multi-hyphenate Kerwin Frost to create Kerwin's Snack Party Mix Popcorn, a limited-edition treat that will be making its debut at a pop-up 7-Eleven store at the fifth-annual ComplexCon. Kerwin's Snack Party Mix Popcorn is with a bold and flavorful combination of white chocolate popcorn, candied chocolate pieces, cinnamon toasted cereal and chocolate cake mix. The fun-filled snack can be found in a colorful canister to match and it was specially designed by the entertainer, DJ, talk show host and comedian Kerwin Frost himself.

As well as being able to treat themselves to the limited-run popcorn mix at ComplexCon in California, fans will get to explore Kerwin's Kingdom at the convention, which is a part-retail, part-museum and part-performance space styled like a castle.
4.3
Score
Popularity
Activity
Freshness
Get Better and Faster