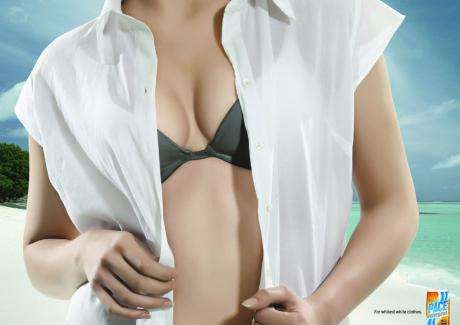 And while the concept itself is rather stupid, the fact that the ads flaunt a healthy cleavage and a nice ass makes this uninspired campaign rather successful in marketing the product.

Why would I call the concept stupid? The ads show white tops and skirts that are so white, they make the black underwear beneath them look white. Hmmm, yeah, I reckon that's stupid and doesn't make sense. But hey, they have T&A.