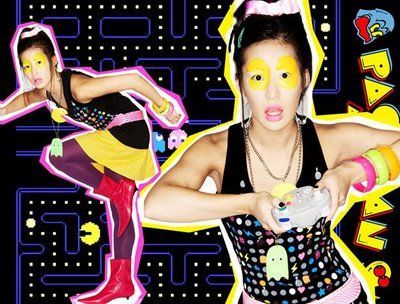 Tinkalicious — November 17, 2008 — Tech
References: trenddelacreme
Share on Facebook Share on Twitter Share on LinkedIn Share on Pinterest
While the ubiquitous game was first released on May 22, 1980, it just seems that it has never actually gone away and appears, in fact, to be having somewhat of a revival, as evidenced by all the items it is showing up on lately.

The game itself is one that appeals to both genders, and even those who typically are not gamers.

According to Davie-Brown Index, which apparently knows these things, PacMan has the highest brand awareness of any video game character, and is recognized by 94% of American consumers.

If you need to see more PacMan goodies, there is online museum at http://www.zutco.com/pacman.htm, an online Pacman museum.

Word is, Barack Obama is a big Pac Man fan!