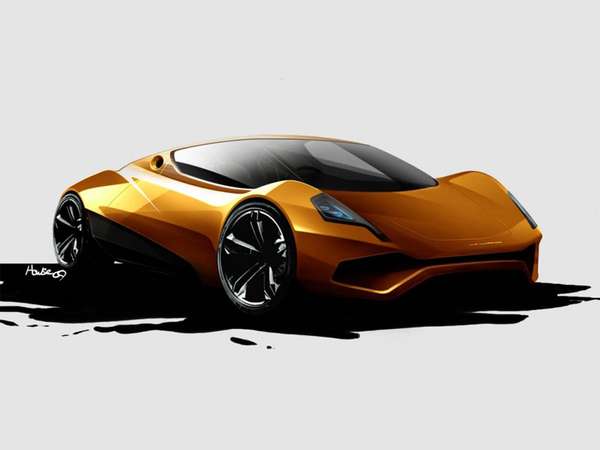 Alexandra Choli — January 26, 2009 — Autos
References: carbodydesign & carbodydesign
Share on Facebook Share on Twitter Share on LinkedIn Share on Pinterest
In tune with the eco-spirit of the day, British company JJAD unveiled the first rendering of its P1A all-electric sportscar, along with initial information on its specifications. The impressive prototype, brain-child of former McLaren employee Jim Bowle, is based on the company’s Project 001 platform, first revealed in February 2008.

The super lightweight assembly will consist of a hybrid aluminum-carbon fiber structure and composite body panels, yielding a total mass of approximately 1,050 kg. Powered by lithium ion batteries, the two electric motors – one for each axle – will produce a total of 390 horsepower and 590 lb-ft of torque. The automaker estimates that the car will shoot 0-60mph in just 2.9 seconds, all the way up to a top speed of 130mph, while its autonomy will average 200 miles.

Currently in the stage of development, the car is expected to go into production in a limited series of 500 units by 2012 – which they've given no reason to doubt since the presentation of the prototype was indeed promised for 2009.

So, good news for the electric supercar enthusiast: this market is getting increasingly more crowded.
4.3
Score
Popularity
Activity
Freshness
Get Better and Faster