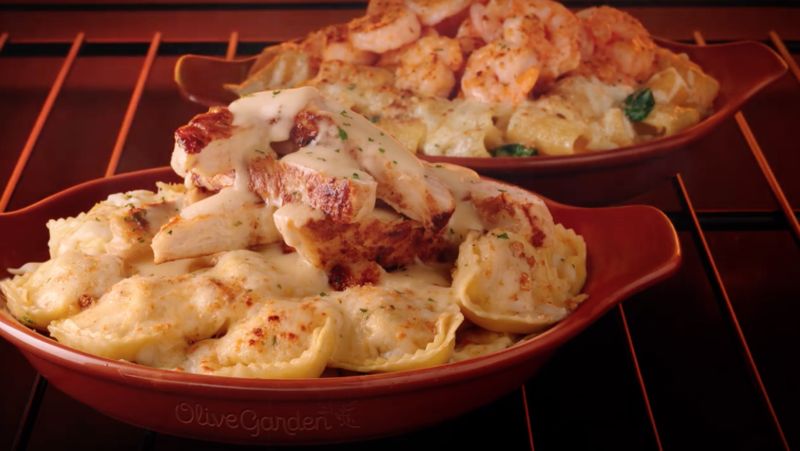 For those without a real fireplace in the home, there has always been the option of turning on a video of a crackling fireplace for some festive ambiance. Now, Olive Garden has taken the same concept and applied it to one of its new dishes. To promote its new Oven Baked Pastas, Olive Garden has released an eight-hour yule log-style video of its pastas simmering away in the oven. More specifically, the video shows the chain's new Smoked Mozzarella Shrimp Rigatoni and the Asiago Tortelloni Alfredo with Grilled Chicken on a grill with the audible sounds of bubbling cheese in the background.

Though it may not be as festive as a fireplace, the video will definitely make you hungry.