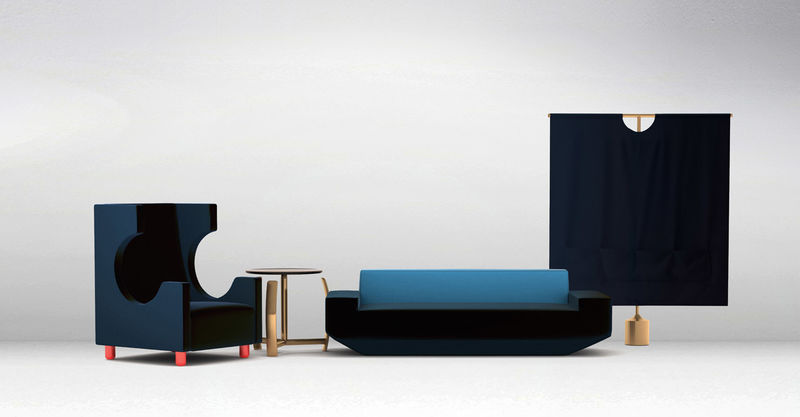 Meghan Young — January 28, 2016 — Art & Design
References: frankchou & design-milk
The Oriental Series is aptly named considering that it is heavily influenced by Asian cultures. Yet what makes it particularly intriguing is the effort to balance the aesthetics so as to appeal to both Eastern and Western markets. Essentially, the Oriental Series boasts unique shaped inspired by South East Asia while putting a minimalist, modern twist to appease American and European tastes.

Created by Frank Chou Design Studio, which is based in Beijing, the Oriental Series is set to debut at Design Shanghai in March 2016. It is comprised of five pieces in total including a uniquely cutout armchair, a banner-like divider and curvy side table. Embracing the deep cool tones of blues, gold metal brings a bit of visual interest when it comes to the tables.
3.2
Score
Popularity
Activity
Freshness