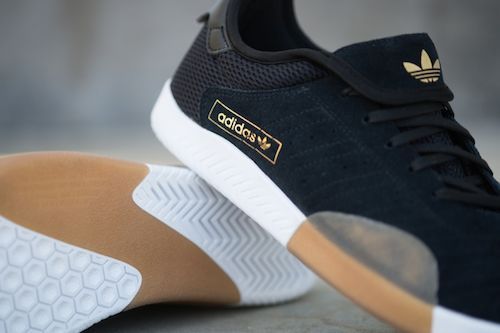 Kalina Ned — August 24, 2018 — Fashion
References: adidas
Share on Facebook Share on Twitter Share on LinkedIn Share on Pinterest
Released earlier this year by adidas Skateboarding, the 3ST is getting a major update thanks to an open source footwear collaboration between the brand and signed athletes. The idea behind the model is to achieve "the best all-around board feel while using minimal components." Naturally, great detail is put into the composition of the upper for aesthetic purposes.