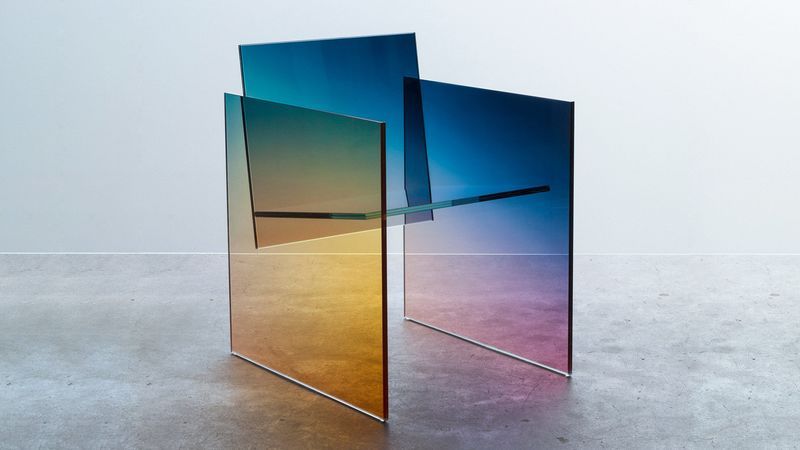 Joey Haar — May 1, 2017 — Art & Design
References: germansermics & dezeen
Share on Facebook Share on Twitter Share on LinkedIn Share on Pinterest
Amsterdam-based designer Germans Ermics' Ombre chairs are influenced by the work of Shiro Kuramata, a Japanese designer whose own work was emblematic of the 1970s. Designed entirely out of flat or subtly curved sheets of glass, the Ombre chairs are at once boldly futuristic and hiply retro.

Kuramata's 'Glass Chair,' the concept upon which Ermics' Ombre chairs are based, was itself a response to the pop culture of the period. After seeing the classic film '2001: A Space Odyssey,' Kuramata was disappointed by Kubrick's set design — in particular the furniture. He believed that Kubrick relied too heavily on contemporary designs rather than completely new concepts, and thus he invented Glass Chair.