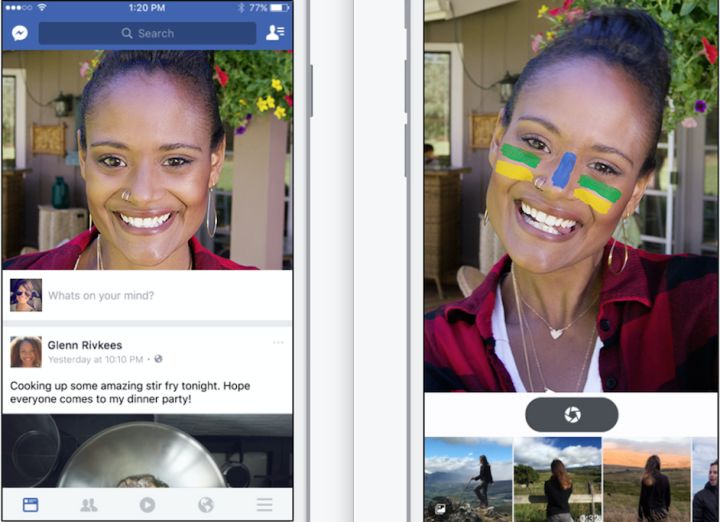 Facebook's New Feed Features an Olympic-Themed Camera as its Focus

Erica Francis — August 11, 2016 — Tech
References: macworld & buzzfeed
Share on Facebook Share on Twitter Share on LinkedIn Share on Pinterest
Facebook is testing out a new format for users' timelines in Canada and Brazil that looks a lot like Snapchat's default screen. The Olympic-themed setting opens up to a camera when the application is accessed on a mobile device. That's not the only new aspect, the social network is also adding in animations, stickers and filters for user images; right now many of these aspects are Olympic-themed with flags and even facepaint. What's interesting is that just a day prior to this Facebook change, Instagram (who's also owned by Facebook) incorporated a 'Stories' feature that replicated Snapchat.

The direction of social sharing and content creation has changed from simple text-based formats, once seen on Twitter and Facebook statuses, to more visual formats. Apps like Instagram, Vine, Snapchat and Periscope have led the way when it comes to incorporating and encouraging quick real-time images and videos created by users.
1.6
Score
Popularity
Activity
Freshness
View Innovation Webinars