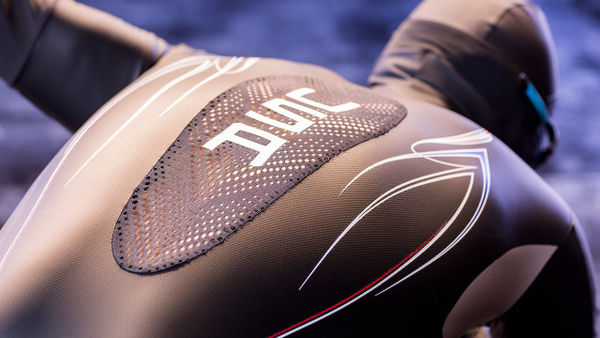 The USA Olympic Speed Skating Team Has an Edge This Year

Mesel Isaac — January 28, 2014 — Special
References: underarmour & gizmodo
Share on Facebook Share on Twitter Share on LinkedIn Share on Pinterest
In the Olympics, it's not just the athlete's performance that can lead them to victory, but their sports gear as well, and the 2014 USA Olympic speed skating team will be sporting what some are claiming to be the best in the world.

The Mach 39 speed skating suit developed by Under Armour is the result of two years of research. The Mach 39 is designed to disrupt air flow in critical areas around the athletes body. A zipper redesign that "bypasses the athletes throat" makes the suit more aerodynamic and comfortable to wear, and the use of five different textiles will help the USA Olympic speed skating team to slice through the air.

Developed with the aid of Lockheed Martin (an American global aerospace and advanced technology firm,) the Under Armour Mach 39 could give the American Olympic speed skating team the edge needed to win gold.
4.9
Score
Popularity
Activity
Freshness
Get Trend Hunter Dashboard