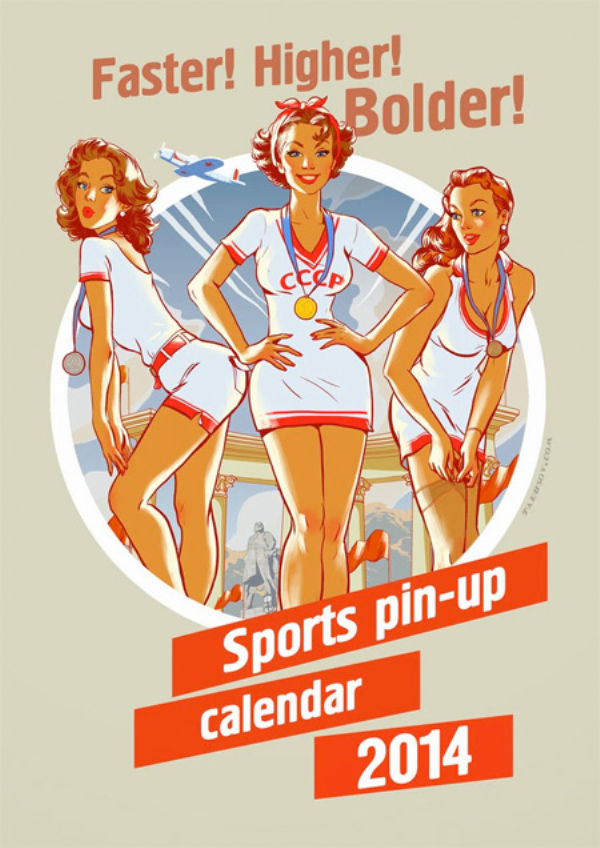 The Olympic Pinup Calendar Keeps the Spirit of the Games Alive

Created by illustrator Andrew Tarusov, the Olympic pinup calendar features traditionally drawn pinup models engaging in all manner of Olympic sports, one for every month; from snowboarding, to hockey, skiing, the biathlon and more. In addition to the gorgeous illustrations, Tarusov includes rhyming slogans. Though if you pay attention you'll notice that some of them don't actually rhyme that well and in some cases sound a little cheesy. This is due to the slogans being originally written in Russian, with any errors being due to translation; fortunately though, this works in the calendar's favor by adding a dose of hilarity.

Beer That Undresses
The More 'Skinny Blonde Beer' You Drink, The More It Reveals