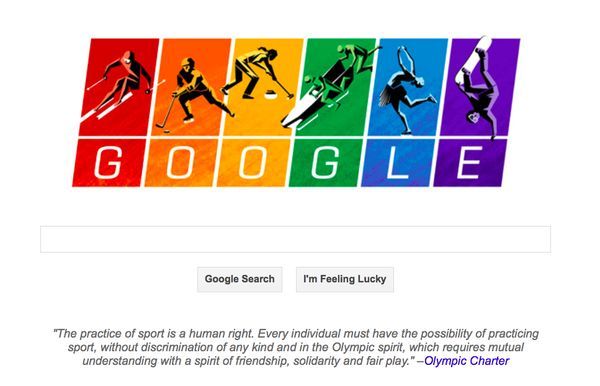 The Google Doodle was made in honor of the Sochi 2014 Winter Olympics, and at first glance, it looks like a typical Google logo. However, the strategically chosen colors resemble the gay pride flag. One day before the opening ceremony, Google changed the websites front page.

The rainbow-themed image features various sports athletes in action; below the picture, section six of the Olympic charter is quoted. The section 6 charter advocates against discrimination in any form. Google is a Sochi Olympic sponsor, and rightly so, is trying to make a point that it does not condone Russian laws that limit free speech and the safety of gay, lesbian, bisexual and transgendered individuals. The Google is making a not-so-subtle point aimed at Russia.