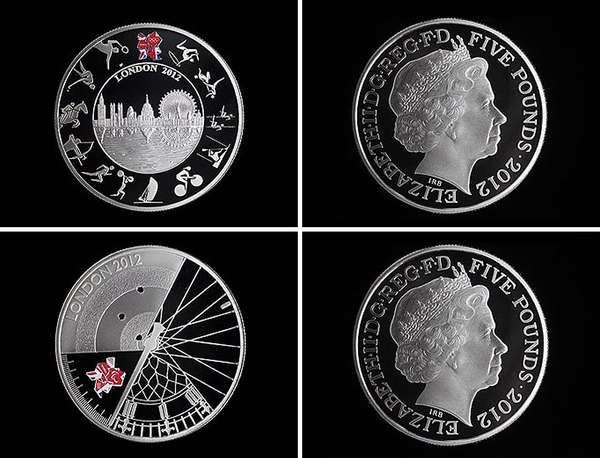 Josh Mears — January 30, 2012 — Special
References: royalmint & designboom
Share on Facebook Share on Twitter Share on LinkedIn Share on Pinterest
The new 2012 Olympic coins have landed. These stunning sterling pieces were fashioned to celebrate the arrival of the Olympics to London for the first time since 1949. These creative coins feature two different designs and were released by the British Royal Mint.

The first of these two designs feature the beautiful waterfront of London while highlighting London’s history and future with Big Ben, The Wheel, St. Paul’s. The second coin design features Big Ben’s clock face. Both of these coins feature an updated die-cast image of the queen on the back.