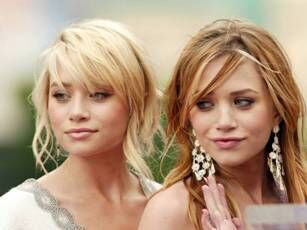 Glamboulevard — September 26, 2007 — Celebs
References: glamboulevard
Share on Facebook Share on Twitter Share on LinkedIn Share on Pinterest
Like many other celebrities, including Paris Hilton, Lauren Conrad and Penelope Cruz, the Olsen sisters are now launching their own contemporary sportswear line. Even though the 21-year-old fraternal twins already have their exclusive clothing collection for Wal-Mart as well as a beauty line, their newest addition to their empire, the Elizabeth and James collection "is intended for a woman who wants a designer garment but cannot afford it," Ashley told WomenWear Daily. "It's a sophisticated woman with a playful side and is still chic. It's someone who understands fashion and understands details and expects that as well. It's [for] someone who understands the design aspects of fashion [and] the designer product, but also doesn't want to pay designer prices." The result is a line with a balance between casual and dressy as well as some vintage inspired looks that create its uniqueness. There are leather jackets, shrunken T-shirts as well as oversize T-shirts, silk dresses, sequin minidress, pencil skirts, cashmere sweaters and coats. Named after their two non-famous siblings, Elizabeth and James is a 25-piece collection with prices ranging from $90 for a t-shirt to $375 for a jacket to $450-$550 for dresses, with a cashmere coat topping out at $995. The line is currently selling at Neiman Marcus, Bergdorf Goodman, Intermix and other high-end specialty shops.