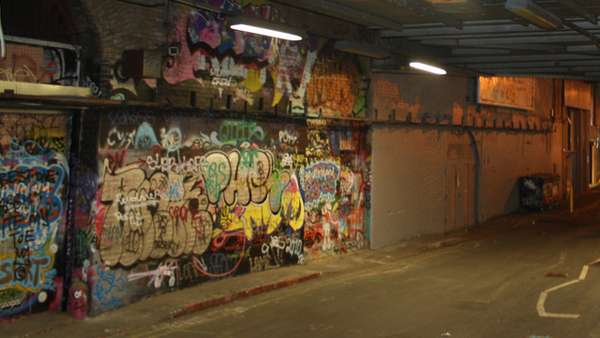 Omar Yusuf — October 4, 2011 — Art & Design
References: newscientist & io9
Share on Facebook Share on Twitter Share on LinkedIn Share on Pinterest
Defying convention and expanding the imaginations of participants, Oliver Beer held a choir concert under London's Waterloo Station as part of the Mindful Exhibition. The angelic voices of the performers bounced and reverberated across the underground venue, turning the 200-year-old walls into an instrument of their own.

Oliver Beer is the curator of a series of acoustic experiments, collectively known as The Resonance Project, and has performed with his choir in locations around the continent: Paris' George Pompidou Center, Brighton's sewers and a handful of monasteries. Because the sonic quality of the choirs' singing ranges from location to location, Beer encourages visitors to move around the group in order to find the perfect 'sweet spot.' The entire process takes advantage of resonant frequencies; basically, the point at which the acoustics boom in volume due to the building's design. The descriptions of audience members makes me want to check out the exhibit myself -- supposedly, it's like moving through the innards of an instrument!
1.4
Score
Popularity
Activity
Freshness
Jeremy Gutsche Keynote Speaker

Underwater Arctic Railways
The Siberia-Alaska Tunnel Aims to Connect the U.S. and Russia via Rail