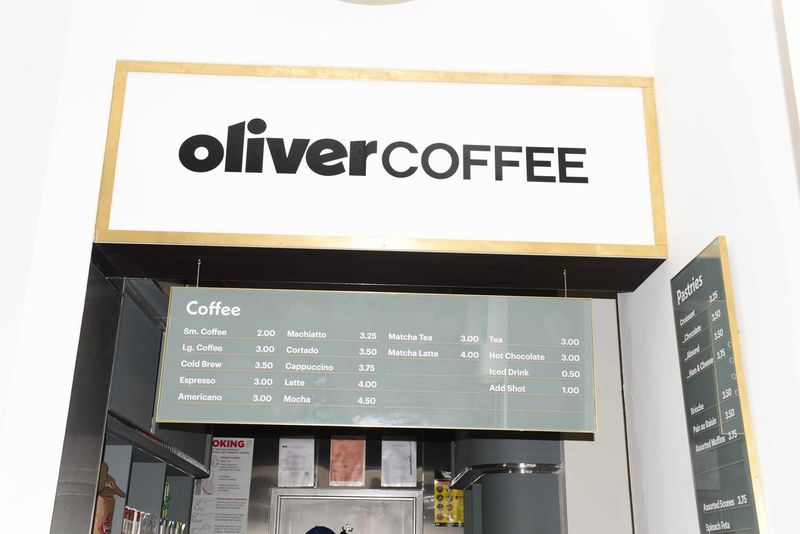 Justin Lam — April 10, 2018 — Lifestyle
References: olivercoffee & coolhunting
Share on Facebook Share on Twitter Share on LinkedIn Share on Pinterest
Settled in NYC's Two Bridges neighborhood, Oliver Coffee is a unique cafe that crafts exquisite drinks with a special ingredient. Featured on the menu at Oliver's is the necessary staples like Americannos and lattes, as well as modern classics like cold brew, but the cafe separates its drinks from the rest with the simple addition of CBD oil for just three dollars. The inclusion of CBD oil can be added to any drink on the Oliver Coffee menu, but the cafe does offer three specialty drinks that have been crafted around the oil: The Golden Coconut CBD Latte, Rose-Infused Maple Syrup & Oat Milk Latte and an Iced Pandan Leaf Iced Chai CBD Latte featuring fresh ginger.

The inspiration to infuse CBD oil in drinks came from the work being done with CBD in LA, as well as the recent legalization of the supplement in New York. The inclusion of CBD in Oliver's drinks is said to reduce jitters and induce a soothing effect on the drinker. The extract will not induce any aggressive sort of high, as Oliver Coffee is incredibly stringent on how the oil is produced and used, and simply offers an increased sense of relaxation with each sip.
5.9
Score
Popularity
Activity
Freshness
Get Trend Hunter Dashboard