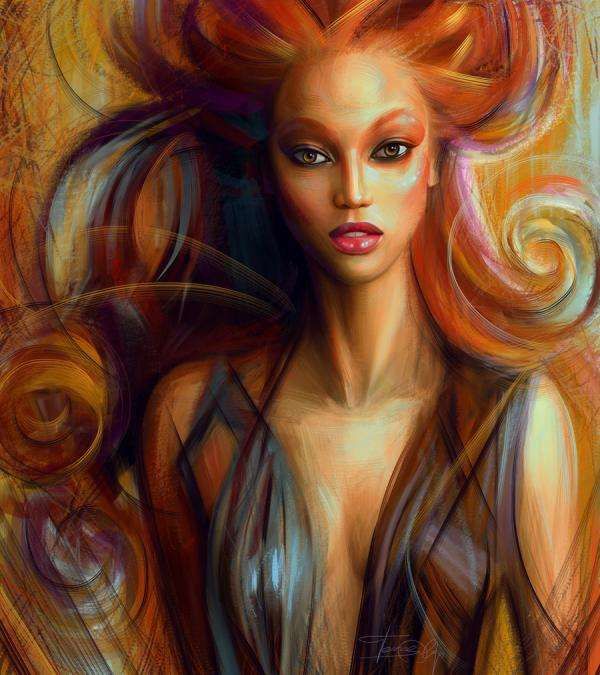 Visually, it looks as though Tereshenko was indecisive as to what tools to use and ended up illustrating with pencil crayons, chalk, paint and more. In actuality, she made these wondrous images digitally through rendering software, which explains the seemingly eclectic media.

Olga Tereshenko’s paintings are also notable for their atmosphere. Many of her portraits feature stark lighting that leaves half her subjects’ faces in the shadows. This moody contrast often reflects the mysterious air surrounding the characters of people she paints.