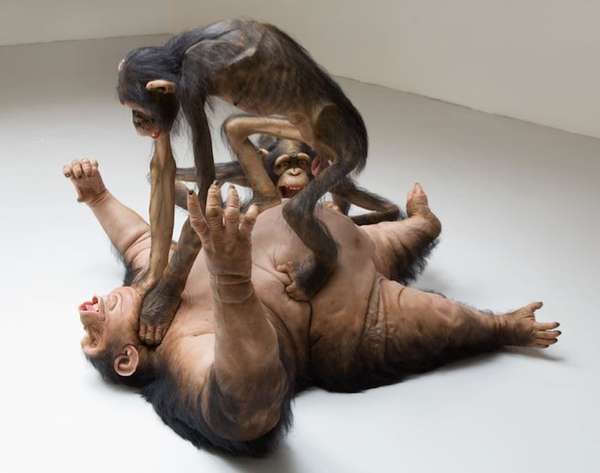 Two emaciated monkeys are seen attempting to kill a much larger obese one. As one monkey strangles the gluttonous primate, the other works to bite away at folds of fat. The large victim is laying on its back while the two monkeys furiously attack it.

Matelli created the ultra-realistic sculpture by using an assortment of materials. Old Enemy, New victim is made of fiberglass, silicone, steel, paint and yak hair. Using these materials, Matelli sculpted the monkeys with extreme precision.

The vicious primate sculpture is not the first hyper-realistic sculpture that Matelli has made. His previous works include less violent primates as well as realistic human sculptures.
6.4
Score
Popularity
Activity
Freshness
View Innovation Webinars