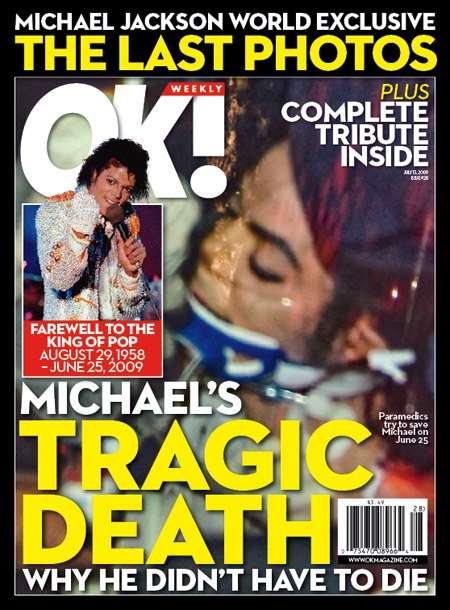 OK! Magazine's Michael Jackson cover picture, which will be released today, has already created much controversy.

Implications - Unfortunately, the sad reality of most celeb-centric magazines is that ethics or propriety just don't come into the picture when a hot story or photo is on the line, and this unfortunate cover is an all too telling example of that. As long as images like this continue to make magazines sell like wildfire, whether something should be published won't come into consideration no matter how tasteless it might be.
3.8
Score
Popularity
Activity
Freshness
Get Better and Faster