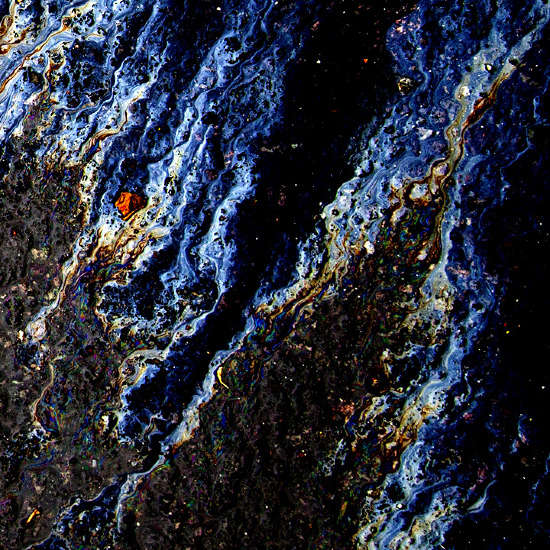 Gil Haddi — May 21, 2013 — Tech
References: charlesmorgansmith & junk-culture
In his photography collection entitled Emissio, photographer Charles Morgan Smith captures the mesmerizing rainbows and swirls of shimmering colors caused by light refractions in order to showcase the beauty of the everyday in this series of oil spill photos.

Gasoline spills on the side of the road are hardly given a second glance by most pedestrians, but those who pay closer attention to their surroundings, just like this photographer, may notice the surprisingly sublime beauty in these inherently ugly messes. An iridescence that captures the light makes these photos comparable to images of the galaxies and nebula in the cosmos as captured by the Hubble Space Telescope.

Smith describes his oil spill photos as "a series of 'astrophotographs,' exploring notions of scale, aesthetics and the limitations of photography and representation."
4.5
Score
Popularity
Activity
Freshness