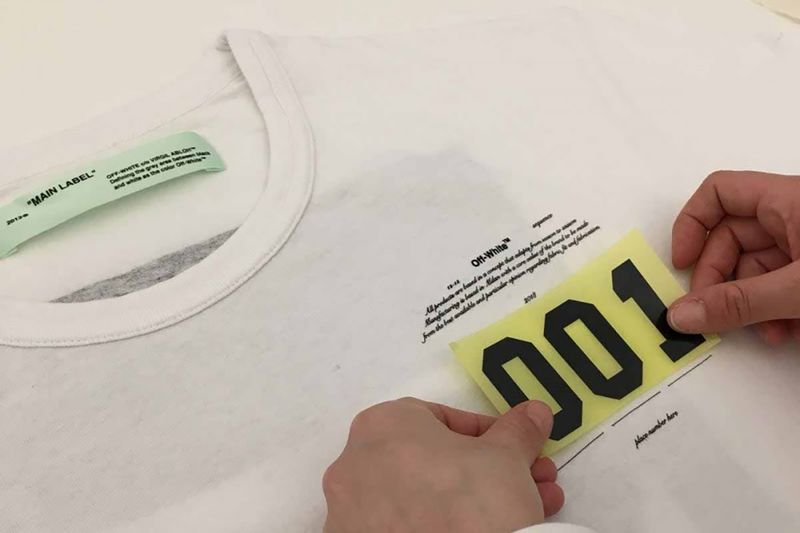 Justin Lam — January 18, 2018 — Fashion
References: off---white & hypebeast
Share on Facebook Share on Twitter Share on LinkedIn Share on Pinterest
Off-White's pop-up in Tokyo follows its impressive showing at Paris Fashion Week 2018. While Off-White is already known for its trendy looks, the brand's Paris Fashion Week display really brought significant attention to the clothing line. When the brand showed off its 'Business Casual' collection, it had attendees and fans buzzing, and the reveal of tonal white Air Jordan 1s, designed by Virgil Abloh, excited and enticed sneakerheads.

The Off-White pop-up in Tokyo will be called 'In Order' and is expected to open in late January and close by early February. While pop-ups happen quite often, Off-White is looking to innovate the idea by customizing each piece with the specific number with which it was purchased. Other details of the pop-up are still scarce, but the location has been announced and registration for the event has opened. Located on the first floor of the Isetan Japan men's hall, those looking to visit must first register for the event on the Isetan website.
5.1
Score
Popularity
Activity
Freshness
Get Trend Hunter Dashboard