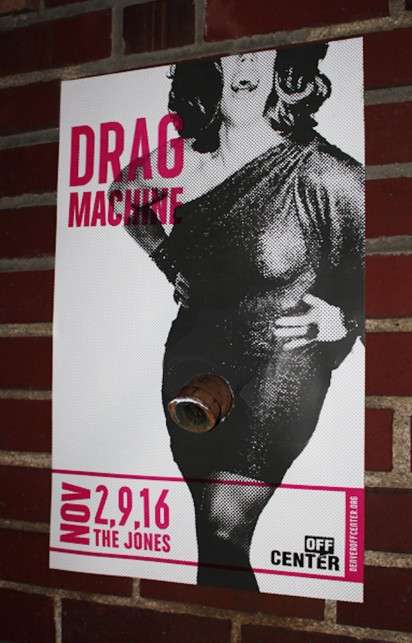 Meghan Young — November 15, 2012 — Marketing
References: gyro & ibelieveinadv
Share on Facebook Share on Twitter Share on LinkedIn Share on Pinterest
The posters for the Off-Center Drag Machine ad campaign have been strategically placed on brick walls. People didn't secure them just anywhere. Instead, the print ads were carefully affixed wherever there happened to be a pipe. Hilariously and suggestively phallic, the pipe shows the true colors of the 'woman' starring in the Off-Center Drag Machine posters.

Conceived and executed by gyro, an ad agency based in Denver, United States, the Off-Center Drag Machine was art directed by Rob Lewis. Promoting a fun, gay-friendly event, the posters set the tone perfectly. Creative and clever, it is hard to determine whether or not the placement of the print ads were ingeniously thought of on the spot or if it was planned from the beginning.
3.4
Score
Popularity
Activity
Freshness
Access Advisory Services