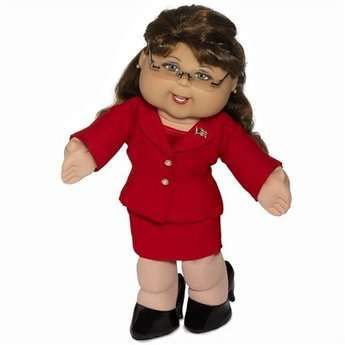 One can only imagine how many people, who are not adversely impacted by our current economic crisis, will shell out for any of these Political Cabbage Patch Dolls.  However, Toys for Tots is a great organization that is well-known for making impoverished children happy during the Christmas season so the auction is for a good cause. Plus you can use your Obama Dolls or McCain dolls to show your support!

By the way, thank goodness they are labeled because I can hardly tell the difference between the Biden and McCain Cabbage Patch Dolls!  Whereas the Sarah Palin and Barack Obama Cabbage Patch Dolls are easily identifiable.
3.9
Score
Popularity
Activity
Freshness
View Innovation Webinars