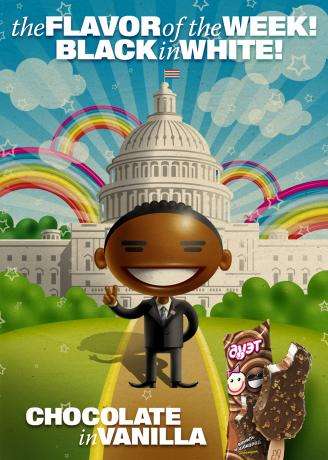 It seems the whole world is into using Barack Obama to market their products, be it clothes or food. This ice cream ad reads, “The Flavor of the Week! Black in White! Chocolate in Vanilla” and features a chocolate and almond coated vanilla ice cream bar with a cartoon Obama standing in front of the White House with four vibrant rainbows and sun beams bursting cheerfully in the background.