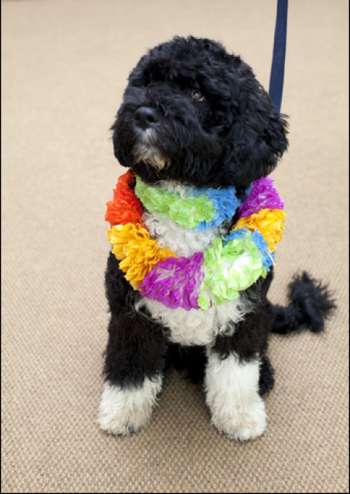 Obama Sparks Ire for Not Buying Dog From An Animal Shelter

Abbie Moore, executive director of Adopt-a-Pet.com, says “This is a missed opportunity [for Obama] to set a pet-adoption trend among Americans. With pet relinquishment up 20 to 30 percent due to the poor economy, pets in shelters can use all the help they can get.”

In a move perhaps meant to assuage animal activists’ anger, the Obama family has pledged to donate to the United States Humane Society in Washington D.C.

To the President’s credit, it’s reported that Bo the dog was a gift to the Obama family from Senator Edward Kennedy. And even Bo was returned to the kennel by his original owners, making him what animal shelters would call a “second-chance dog.”
1.5
Score
Popularity
Activity
Freshness
Attend Future Festival Virtual