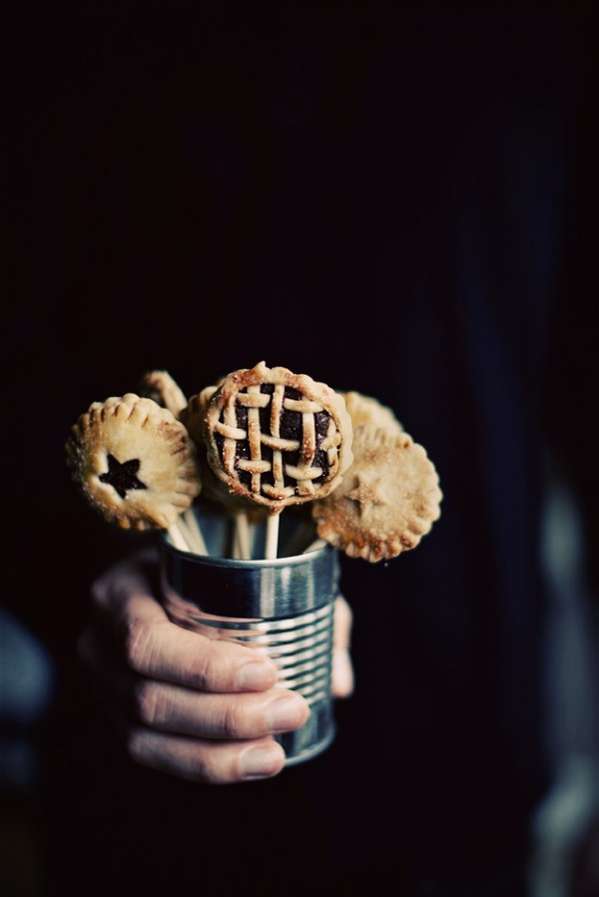 Meghan Young — January 24, 2013 — Lifestyle
References: call-me-cupcake.blogspot.au & trendland
Many people should now be familiar with cake pops, which became a huge baking fad a couple of years ago and has even made its way into Starbucks' dessert selection; but the Nutella Pie Pops are something slightly different. First of all, they are not perfectly round or covered in icing. Instead, they take on the adorable form of miniature pies, right down to their weaved pastry tops. Nevertheless, the Nutella Pie Pops fall into the same category as cake pops due to the use of lollipop sticks.

Created by Linda Lomelino of Call Me Cupcake, a baker living in a small Swedish town, the Nutella Pie Pops look relatively simple to make. Pile some nutella between two sheets of pastry and bake!
1.4
Score
Popularity
Activity
Freshness