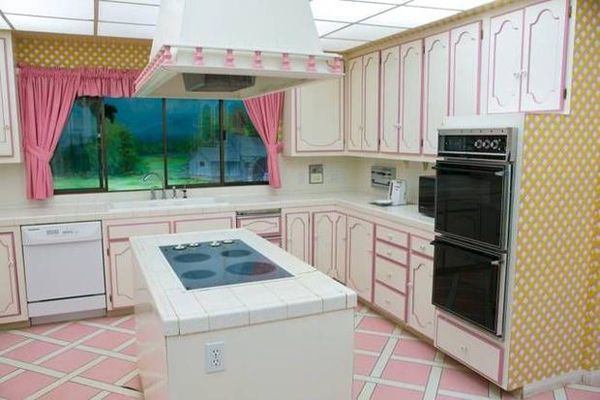 The $1.7 Million Nuclear Bunker is a Home within a Home

Akihiko Tse — September 18, 2013 — Lifestyle
References: digitaljournal & designtaxi
Share on Facebook Share on Twitter Share on LinkedIn Share on Pinterest
Do people turn miserable and cantankerous because there's a nuclear threat, or because they're put together with other people into a nuclear bunker? One house in Las Vegas, built to resemble a homely suburban abode, would put either of those fears to rest.

Built by Girard “Jerry” B. Henderson beneath his home in 1978 in preparation for a nuclear meltdown, the underground house has two bedrooms, a garage and a backyard with a realistic mural to keep the image of the outside world fresh. It also comes equipped with lights that change accordingly to the time of day it is outside.

Currently valued at $1.7 million and on the market, the house is furnished as a 70s-style home with bright, jocular colors, including a pink-tiled kitchen. Along with an excess of relaxation methods -- including a sauna, hot tubs, a swimming pool and an outdoor barbeque pit disguised as a rock -- the next occupants shouldn't have too much of a problem living through a nuclear crisis.
4.1
Score
Popularity
Activity
Freshness
Get Trend Hunter Dashboard