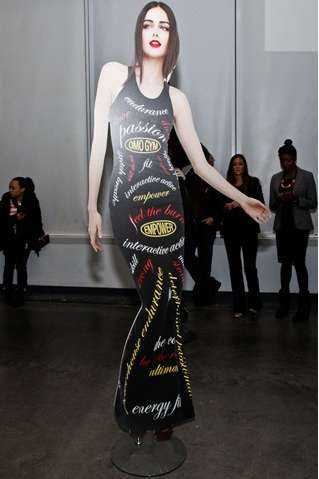 The Norma Kamali FW 2012 Collection was Presented in 2D

Marica Zottino — February 17, 2012 — Fashion
References: normakamalicollection & vogue
Share on Facebook Share on Twitter Share on LinkedIn Share on Pinterest
Fashion is an extremely competitive industry requiring designers to turn to as many unique ideas as possible, resulting in such amazing innovations as the Norma Kamali FW 2012 show. During fashion weeks, hundreds of collections are on show almost simultaneously and designers need to find a way to stand out.

For her FW 2012 collection, Norma Kamali chose an unusual way to present that was more similar to an art installation than a traditional catwalk. The show involved a crowd of gigantic silhouettes, printed on both sides, standed along a catwalk. This simple solution allows the Norma Kamali FW 2012 collection to be seen closely, with thorough comprehension of textures and details, while at the same time ensuring the collection resonates in the minds of the audience.
4
Score
Popularity
Activity
Freshness
Get Better and Faster