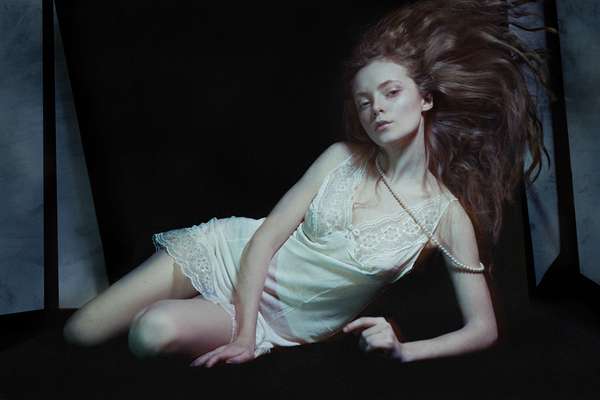 Meghan Young — March 9, 2011 — Fashion
References: norajane.ru & behance.net
Share on Facebook Share on Twitter Share on LinkedIn Share on Pinterest
I can't help but think that the Nora Jane Varia photo series is centered around a beautiful, mystical maven that has been trapped in a murky existence by a jealous being. I mean, can't you sense the magical undertone in this photo shoot?

With a subdued, murky tone and a serious, almost helpless and hopeless expression on the captive, the Nora Jane Varia photo series is poignantly poetic. The Moscow, Russia-based photographer knows just how to stir up moody emotions with her camera, that's for sure.