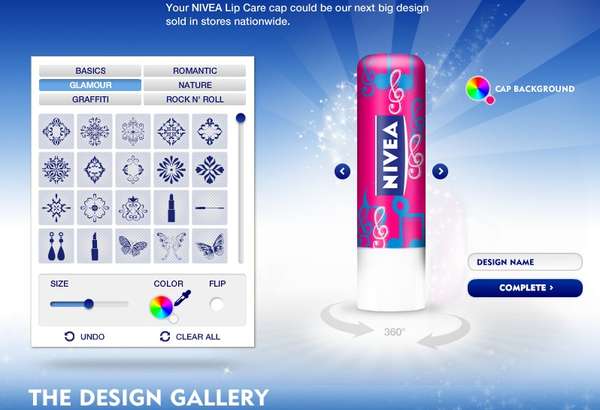 From the submissions, Nivea will pick 10 finalists, and fans can vote for their favorite finalist on Facebook. The winning cap will then be created in a limited-edition production run and sold across stores in America in early 2013, says Popsop. What's more, the brand has enlisted the help of designer Charlotte Ronson, who has created a Nivea cap design of her own that features a blue and white pattern with a Scandinavian theme, to be one of the celebrity judges for the Nivea 'Kiss of Style' Contest.
4.1
Score
Popularity
Activity
Freshness
Get Trend Hunter Dashboard

Sofas With Cellulite
Nivea Before and After Furniture