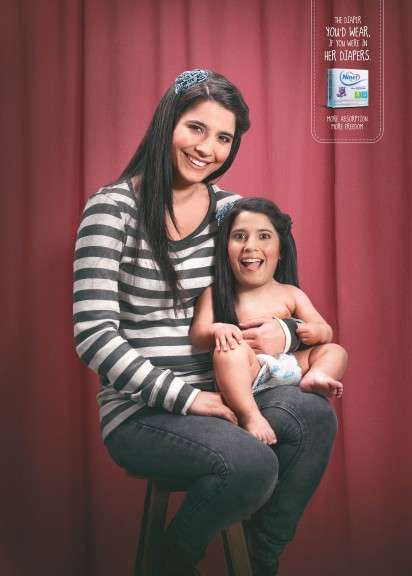 Meghan Young — April 30, 2013 — Marketing
References: ibelieveinadv
Share on Facebook Share on Twitter Share on LinkedIn Share on Pinterest
The Ninet Diapers Ultra Absorbent ad campaign may seem like it was inspired by Dr. Evil's little pet, Mini-Me, from the film 'Austin Powers,' but it simply illustrates just how comfortable this brand of nappies are. It reads, "The diaper you'd wear if you were in her [or his] diaper." Hence, the superimposed faces of the new mom and dad on a couple of baby bodies is hilarious and clever.