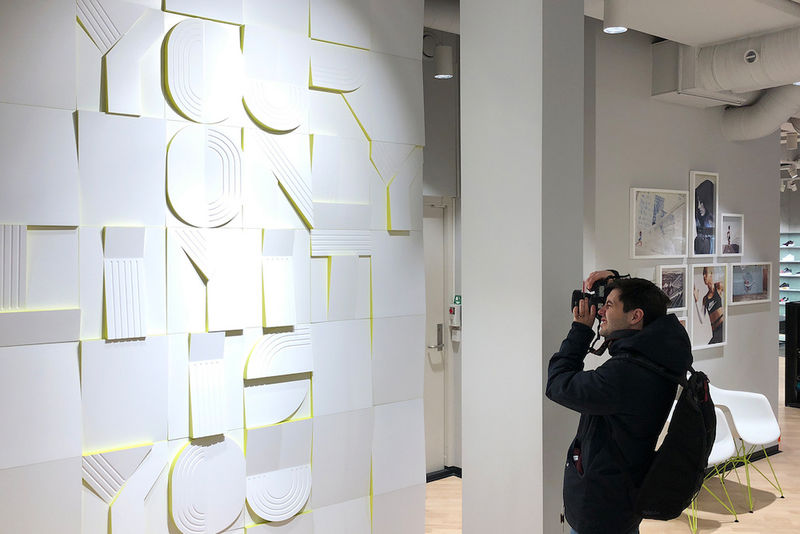 The new font has been utilized in all the company's local promotional material, including billboards, posters, magazine spreads and more. Also included in the graphics, is the phrase "Your only limit is you” - which serves as inspiration for the entire campaign. The inspiration for this font was found by Hans Christian Øren, of Oh Yeah Studios, at the city's Bislett Stadium, as "the lines from the running track laid the foundation for the whole style.”