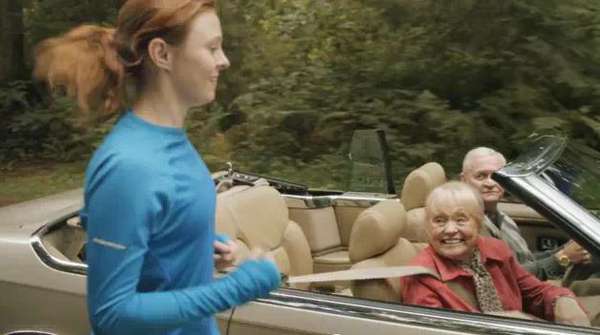 Katherine Vong — October 25, 2011 — Fashion
References: nikerunning.nike & popsop
Share on Facebook Share on Twitter Share on LinkedIn Share on Pinterest
If running is your go-to workout, then you'll love the Nike 'Never Stop Running' campaign. Illustrating the sportswear company's dedication to the activity and in an effort to promote its Lunarglide + 3 Shields shoes, this campaign definitely appeals to those who love pounding the pavement.

One of the Nike 'Never Stop Running' commercials, which were created with the help of Wieden + Kennedy, features "Alice," a girl who literally can't stop running. Alice even takes her coffee while on the run! This girl runs so much so that her friends and family have to run alongside her to connect with her.

This humorous commercial for the Nike 'Never Stop Running' campaign is part of the brand's bigger global initiative to get more people running. In addition to its shoes, Nike offers a variety of tools for runners, including its Nike+ application and its online site that connects those in its global running community.
2.2
Score
Popularity
Activity
Freshness
Attend Future Festival