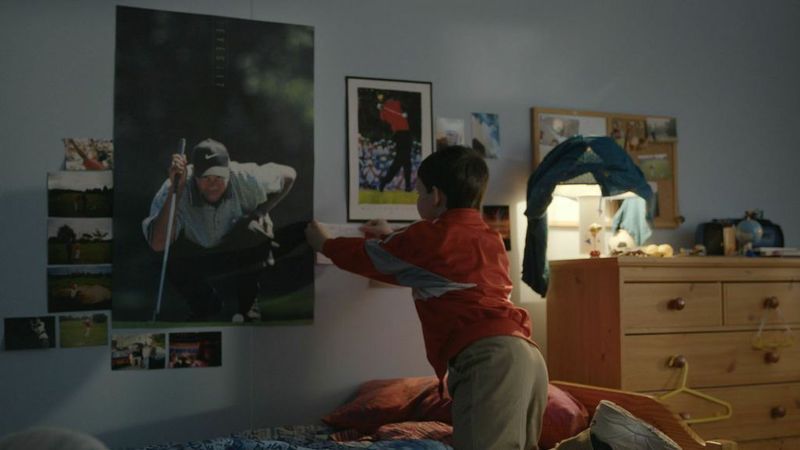 Meghan Young — April 11, 2015 — Lifestyle
References: nike & badermedia.isebox.net
Share on Facebook Share on Twitter Share on LinkedIn Share on Pinterest
The Nike Golf commercial focuses on the idea of one generation inspiring another, in this case Tiger Woods' affect on Rory McIlroy. Revolving around a young Rory McIlroy, the heartwarming campaign documents his growing love of the game of golf and how Woods played an integral role in turning this passion into a reality.

Tiger Woods himself comments on the powerful message of the Nike Golf commercial, stating, “I’ve been in that same situation,” said Woods. “Growing up, Jack was my idol. My first recollection of The Masters was 1986, when Jack won. I remember him making a putt at 17 and lifting that putter up. Fourteen years later at the 2000 PGA Championship, I got to play with and against him – someone I looked up to.”