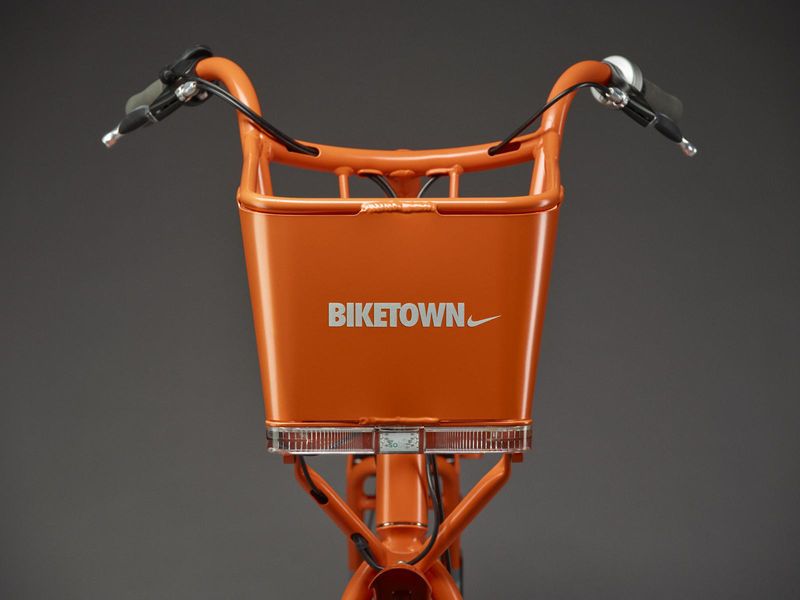 Nike BIKETOWN is a Joint Initiative with the City of Portland

Rebecca Byers — January 11, 2016 — Lifestyle
References: freshnessmag
Share on Facebook Share on Twitter Share on LinkedIn Share on Pinterest
The Nike BIKETOWN program is a joint initiative between the brand and its hometown, the city of Portland. Long known as the cycling capital of America, Portland's bike scene has an infrastructure unlike any other North American city, making a bike-share program a no-brainer.

The eccentric bright orange bicycles are expected to launch in July, while there will also be designated BIKETOWN stations throughout the Greater Portland Area to also be designed by Nike. The bike themselves taken inspiration from Nike's iconic orange and grey sneaker boxes, while there will be 1,000 of them in the program altogether.

The Nike BIKETOWN program includes a pledge of $10 million over five years from the brand, making it the latest in the brand's investments back into the Portland community.
5.5
Score
Popularity
Activity
Freshness
View Innovation Webinars