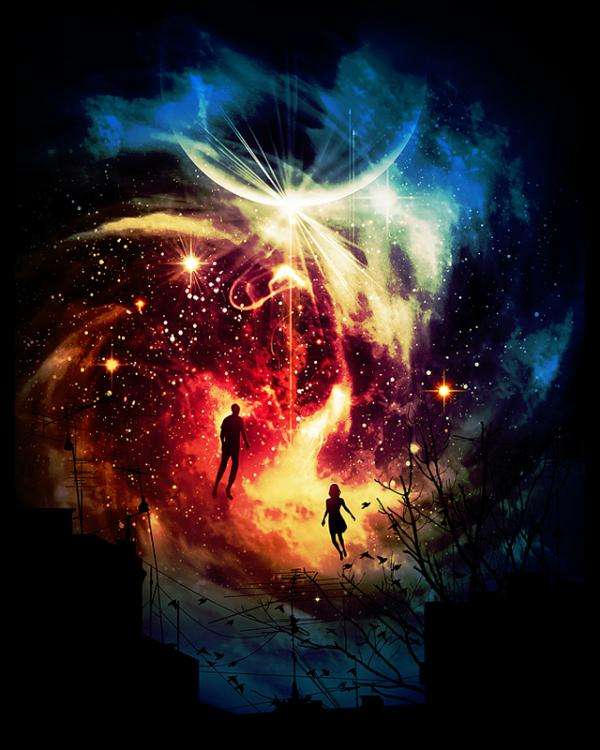 Using color very carefully and making the most of the space and darkness to convey his message, the artist is able to create a scene that tells a whole narrative in every single image. Many of the illustrations use silhouettes to dramatic effect, leaving the identity and appearance of the characters up to the viewer's imagination, allowing us to create our own story behind the pictures. A common theme throughout this series is youthful adventure, taking us into the thrilling unknown.