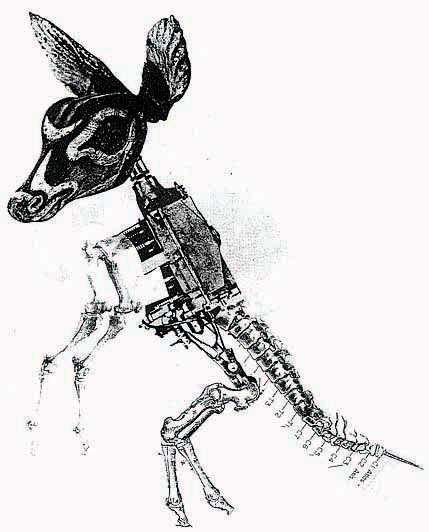 These Fascinating Hybrid Works by Nicolas Lampert are Awesome

This black and white collage series began in 1995, with the artist fusing together elements of photocopies to generate new fantastic creatures.

For Nicolas Lampert, the machine-animal beings are meant to make the audience reflect on progress and industrialization, as the phantom of hybridation and genetic engineering taking over nature is a constant presence in all the artworks.

The question audience members should ask themselves is if progress means asserting domination over nature by imposing new, destructive technologies or rather by living in balance with the environment, creating minimal disruption of the cycles of nature.