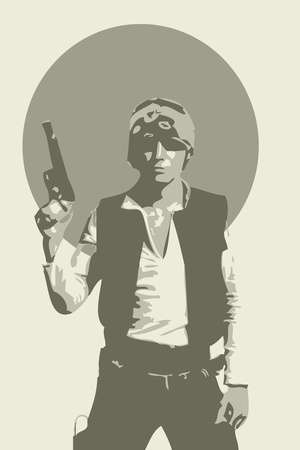 With his high pass images, Hyde has given his illustrations a cut-out collage look. In addition to this, Hyde gave the characters badass accessories like toques and pimp chains. He also cleverly titles his pieces based on variations of the characters' original names, such as 'Han Cholo,' 'OG1 Kenobi' and 'Boba Phat.'

Nicholas Hyde's take on the Star Wars crew is also followed by witty commentary that makes you love his series even further, such as "Smugglin' all over the universe in a vato chariot."

The Star Wars prints are available on fine art posters, Mac accessories and T-shirts. I cannot wait to see what he does with Princess Leia.
6.4
Score
Popularity
Activity
Freshness
Get Trend Hunter Dashboard