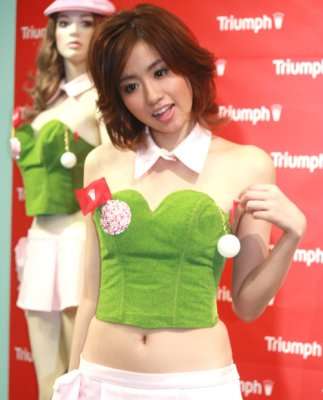 The ‘Nice Cup in Bra' is a Hardcore Golfer's Fantasy

That and people who really want to get something off their chests.

“The lingerie consists of a grass-green top that, when removed, conveniently unfurls into a 1.5-meter-long putting mat,” Pink Tentacle adds. It also yells “nice shot” when the ball is sunk in the hole.

The “Nice Cup In Bra” comes with a matching skirt that reads, “Be Quiet” on the back—although this outfit could shock people into silence anyway.
3.3
Score
Popularity
Activity
Freshness
Attend Future Festival Virtual