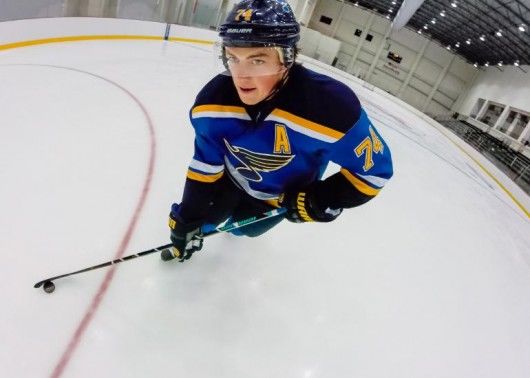 Rahul Kalvapalle — January 27, 2015 — Lifestyle
References: gopro & gizmag
A new NHL-GoPro deal is hoping to bring never-before-seen perspectives of elite hockey to hockey fans, using GoPro cameras mounted to NHL players. The resulting footage will capture the action from players' perspectives and give viewers uniquely immersive angles through which to take in the action.

The GoPros' footage can be stored onto a memory card or beamed live, giving TV producers a lot to work with in terms of packaging together a game. In addition to streaming live shots to the audience, footage can also be used to strengthen studio analysis of different aspects of hockey. Of course, the GoPro brand also benefits from widespread exposure on hockey broadcasts.