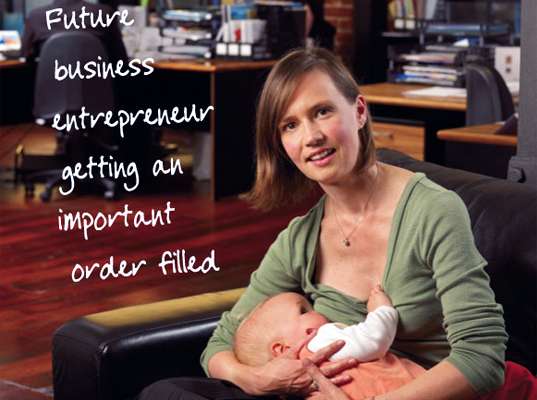 Katherine Vong — October 19, 2009 — Marketing
References: moh.govt.nz & inhabitots
It’s amazing that some people still find breastfeeding in public an indecent act (the baby has to eat!), but they do. The New Zealand breastfeeding campaign hopes to put an end to the controversail issue. New Zealand’s Ministry of Health is releasing a series of ads that shows mothers breastfeeding their babies in different non-home environments—the office, airport, or shopping mall, for instance.

The New Zealand breasfeeding campaign will run as print ads in women’s and parenting magazines and will also appear at bus shelters and malls. With witty taglines—for example, “Future Internet whiz kid busy downloading”—the ads have at their bottoms the campaign’s statement: “Wherever they’re heading, a healthy start in life will help them get there. In the community and workplace, breastfeeding is natural. Perfectly natural.”
3.8
Score
Popularity
Activity
Freshness