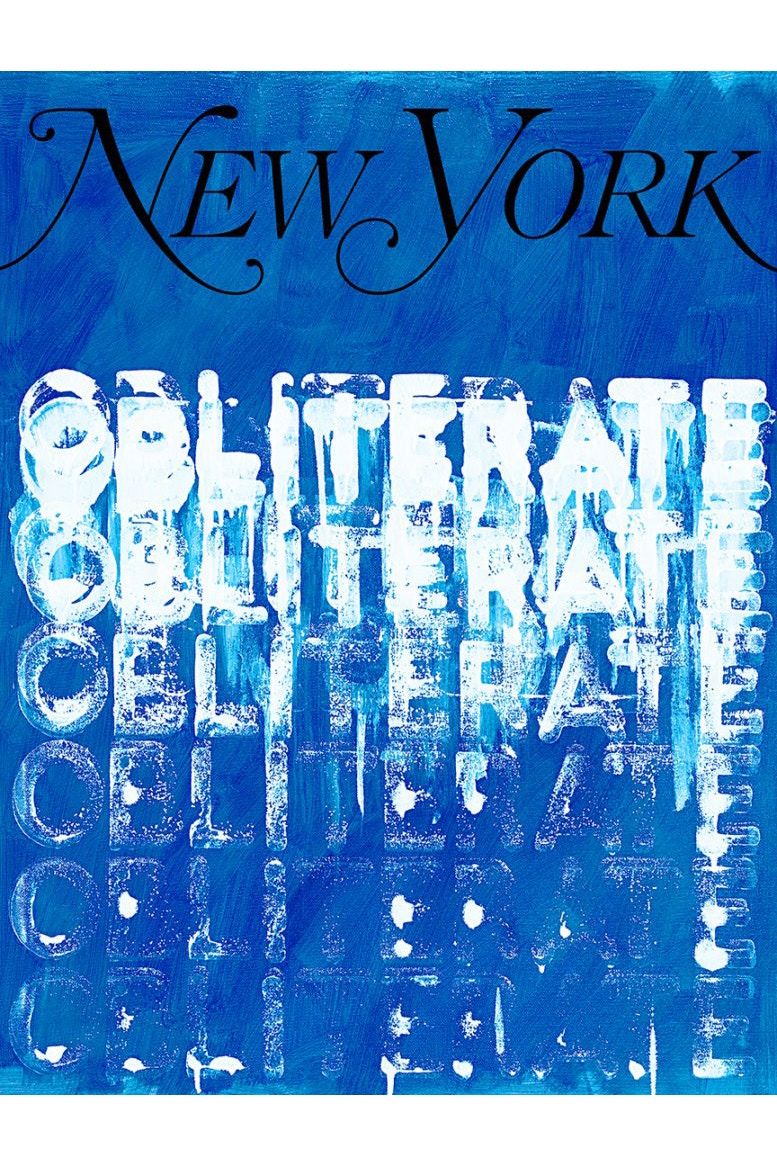 Justin Lam — January 23, 2018 — Art & Design
References: ny.curbed & hypebeast
New York Magazines' 50th anniversary is coming up and in celebration of this, the prestigious press has tasked 50 artists to design the anniversary covers. New York Magazine intends on debuting each unique cover throughout the year until October 2018. Several pieces have already debuted and have been included in art installations around the five boroughs of New York City. The first eight of these covers were done by Yoko Ono, Barbara Kruger, Rob Pruitt, Alex Katz, Hank Willis Thomas, Mel Bochner, John Giorno and Marilyn Minter. The art installation for these covers were not released in conventional art displays, they were instead strung across street lamps and other fixtures as a sort of wild posting.

The idea behind this display and the artists' designs was explained by New York Media’s business and strategy editor, David Haskell. According to Haskell, the idea was to have the artists say something about the city and what it looks like to them. While most artists have gone a political route, two pieces stand out as being more humanistic. Offerings from Katz and Pruitt, respectively feature designs that reflect more of humanity and the position of the New York resident. New York Magazines' 50th anniversary celebration of artists shows a commitment to local art held by the magazine, while still maintaining a celebration of the city and its people.
1.6
Score
Popularity
Activity
Freshness