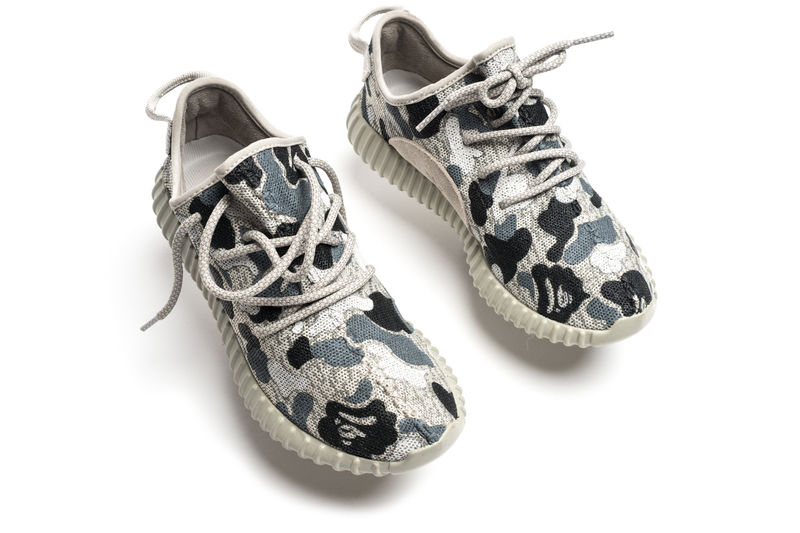 Riley von Niessen — October 27, 2016 — Pop Culture
References: bape & hypebeast
Share on Facebook Share on Twitter Share on LinkedIn Share on Pinterest
A new Yeezy Boost 350 has been revealed, after the well-loved Kanye West model was granted a fresh colorway dubbed 'Moonrock,' which resulted from a collaborative effort between adidas and a Japanese streetwear giant known as A Bathing Ape.

Staying true to the sneaker's original construction that's proven successful both in the eyes of consumers and the many brands that have tried to emulate it since its release, the Moonrock update is lightweight, flexible and luxuriously cushioned -- making for a versatile piece of footwear that consumers can look forward to showing off on the daily.