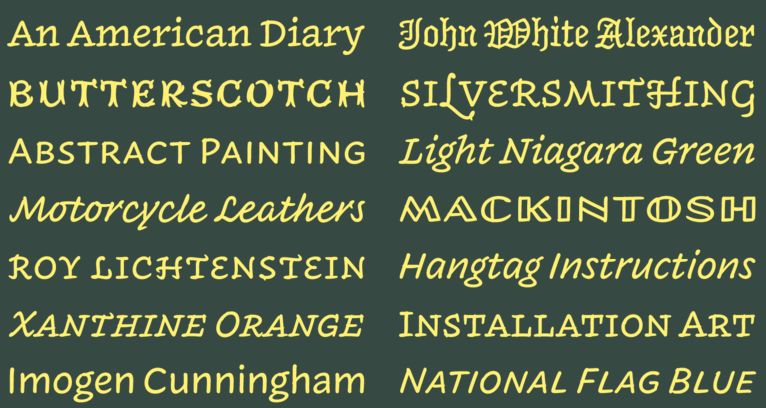 This New Typeface Family is an Improved Version of Comic Sans

Alyson Wyers — June 30, 2017 — Art & Design
References: typography & designtaxi
Share on Facebook Share on Twitter Share on LinkedIn Share on Pinterest
This new typeface family is for people who hate the controversial comic sans. The divisive font, which can seem "informal and amateurish" according to famous designer Jonathan Hoefler, was the inspiration for this new typeface family, dubbed Inkwell. Designed by Hoefler & Co., Inkwell is described as "a tiny universe of fonts in which handwriting meets formal typography."

Although there are similarities to comic sans, inkwell was designed to be "informal but proficient." This typographic family includes serif and sans serif variations, plus decorative and black letter options. The handwriting-inspired font could easily be seen as a more refined and improved version of comic sans, which means it could bridge the gap for the design discerning.
2.1
Score
Popularity
Activity
Freshness
Get Trend Hunter Dashboard