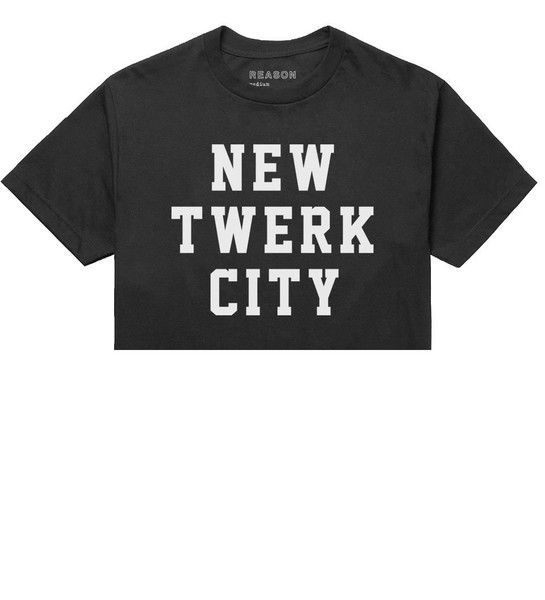 Recently, twerking was brought back into public conscious when it was adopted by Miley Cyrus in her performances and music videos. Seemingly overnight, it became a larger-than-life Internet phenomenon and pop cultural debate. No longer just a dance move, twerking has officially metamorphosed into lifestyle of sorts. Those who have hopped on the twerking band wagon will certainly enjoy this hilarious tee. As an added bonus, donning this t-shirt will help you find like-minded twerking enthusiasts.

New York is famously known as the city that never sleeps, and neither does Miley Cyrus, I imagine. If you're interested in twerking all through the night, then this super-cute crop top by Reason Clothing is for you.
3.8
Score
Popularity
Activity
Freshness
Get Trend Hunter Dashboard