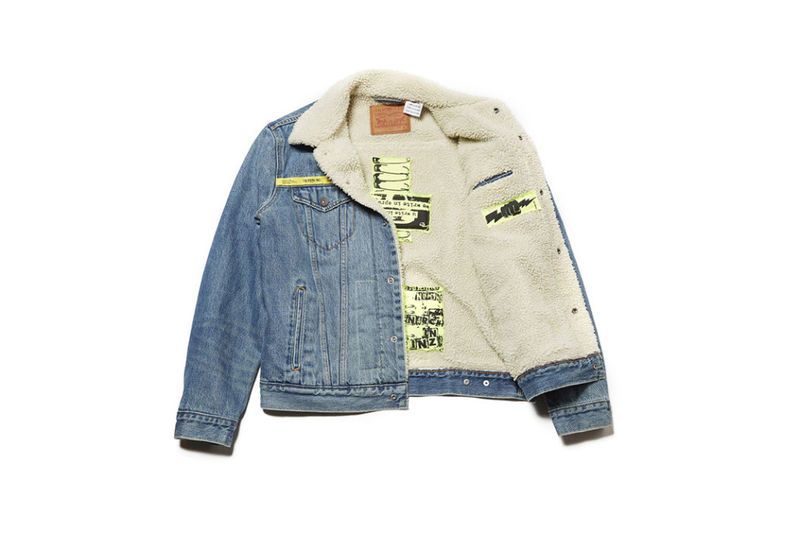 Riley von Niessen — December 1, 2016 — Fashion
References: intelligencemagazine & hypebeast
Share on Facebook Share on Twitter Share on LinkedIn Share on Pinterest
In 2017, the iconic 'Trucker Jacket' will celebrate its 50th year -- which is what prompted this new Levi's and UNDERCOVER collaborative series. Staying true to the original's classic silhouette, the updated versions adapt it with unique inclusions, such as a cozy shearling lining, patches, ribbon, camouflage elements and much more.

Although some of these styles function as great statement pieces, with clear punk-inspired aesthetics, a selection of them are a little more minimal. As the patches and ribbons are offered separately, those who attend the pop-up will be able to customize the denim however they like. In order to give the new Levi's and UNDERCOVER trucker jackets more exclusivity, they'll be sold for a limited time only at the pop-up in Tokyo, Japan.
5
Score
Popularity
Activity
Freshness
View Innovation Webinars